How to Choose the Perfect Pair of Gaming Glasses 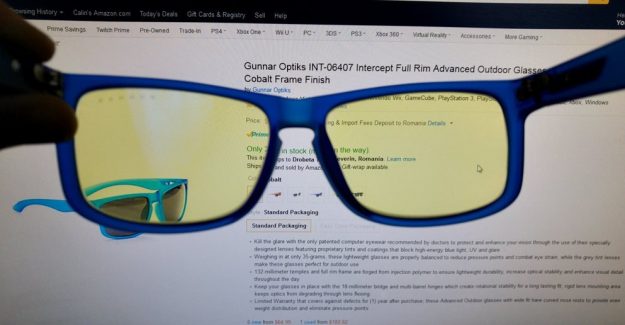 Gaming Glasses look like the normal glasses, the only difference being a tinted one. If one thinks about the need for gaming glasses, then it is time to think twice. It is because gaming glasses are of great help for people who suffer due to eyestrain and headaches due to long hours of playing. Though they look completely like normal glasses, they are specifically designed to reduce the glare from the screen, increase the contrast and get rid of unwanted light that has the ability to get deep into the eyes, thus causing damage to the retina.

It is important to know about the common features of gaming glasses before buying one of your choices. Here are some of the factors that make the gaming glasses one of the essential gaming gears.

Glasses that have an anti-reflective coating is far more superior than those without the coating. When the glare in the glass is reduced, it would result in much less strain and reduced vision problems.

A glass with good anti-reflective coating helps in reflecting the unwanted glare that is coming from light sources. When you go to select a good glass with an antireflective coating, be sure not to select glasses that have sprayed coatings on the lenses. These sprayed coatings can be easily scratched or damaged when exposed to extreme weather conditions.

Blue light is very bad for everyone’s eyes. It is common to get exposed to blue light when one works in front of the computer. As Blue light has more energy, it easily reaches the retina and causes damage to it. This causes damage to the light-sensitive cells in the retina. Some might even experience permanent vision loss due to too much exposure. Hence, choosing gaming glasses with tint is always better than without it.

There are so many glasses designed to protect the eyes of those who suffer from dry eyes. These gaming glasses have a separate eye cup or gasket, thus creating a moisture chamber around the eyes. This design slows down the evaporation from the eyes and at the same time, create a clean space around the eyes. Buying gaming glasses with the moisture retention capability reduces the pain and irritation in the eyes due to dryness.

Increased contrast is a comfortable feature but it is not a necessity. Increased contrast means that the image on the screen is made sharper. The view is magnified by the gaming glasses by 0.20x to make it sharp, slightly clear and seems to be a little closer to the eyes.

Though there is much criticism on this factor like the distraction due to magnification, many gamers still love this feature as part of their gaming glasses because it makes the images look precise.

If you are still not satisfied with the usefulness of the gaming glasses, then you really need to check it out yourself to believe it. When you see it you believe it. It might not be of much use to those who don’t get any eye fatigue and strain. But if do get those irritations and still don’t want to invest more money on gaming glasses, then there are many ranges of gaming glasses that are available at affordable rates.